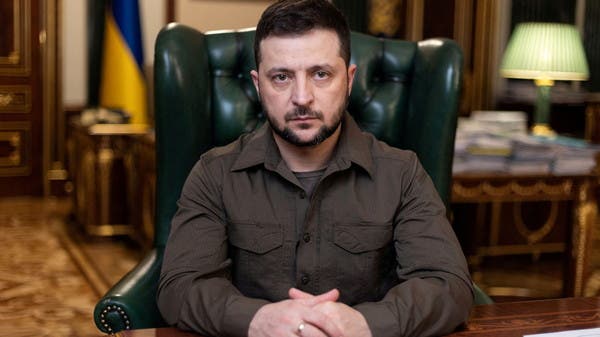 In an exclusive interview with Al-Arabiya and Al-Hadath channels, Zelensky said that the war is currently confined to Ukrainian lands and has not moved to Russia, noting that the Ukrainian army does not carry out military operations against Russian lands.

We defend our lands

Zelensky stressed that the Ukrainian forces are defending their lands and have no desire to occupy Russian lands.

In his interview with Al-Arabiya and Al-Hadath channels, Zelensky stressed that Kyiv is not afraid of the Russian military presence and the separatists in Moldova, explaining that the Moldovan separatists are untrained and afraid to confront the Ukrainian army.

Zelensky added that satellite images show Russian ships besieging Ukrainian ports, pointing out that only ships flying the Russian flag are present in the Black Sea.