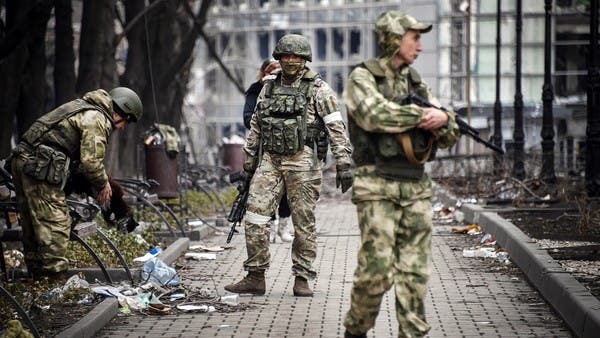 The situation of civilians in the city of Mariupol in southeastern Ukraine has been frozen for weeks, after several failed attempts to evacuate thousands of stranded people, especially in the Azovstal steel plant, which is besieged by Russian forces.

Today, Saturday, Adviser to the Chief of Staff of the Ukrainian President, Mikhailo Podolyak, accused the Russian side of rejecting all the proposals put forward to open a humanitarian corridor in Mariupol, according to the Ukrainian news agency.

“We are constantly appealing to world leaders to help us convince the Russian side of the need to open a humanitarian corridor,” he said.

‘No response from Russia’

He also added that some political leaders communicate with Russian President Vladimir Putin through their personal channels, urging him to do so for humanitarian reasons, but he added, “But unfortunately, there is no response from the Russian side.”

On the other hand, Denis Pushilin, president of the pro-Moscow separatist “Donetsk Republic”, in statements to Al-Arabiya/Al-Hadath earlier today accused the Ukrainian fighters inside Azovstal of sheltering civilians and preventing their exit.

Azovstal.. the last of the castles

It is noteworthy that the sprawling Azovstal complex, a large part of which was destroyed by Russian bombing, is the last enclave in which the organized Ukrainian resistance is holed up in Mariupol, where it is estimated to house about 2,000 Ukrainian soldiers and 1,000 civilians in bunkers under the destroyed building.

From the Azovstal plant in Mariupol (Reuters)

It is noteworthy that the city of Mariupol overlooking the Sea of ​​Azov has formed since the start of the Russian military operation on the lands of its western neighbor, on February 24, a strategic goal for Moscow, since its control will open a land corridor for the movement of Russian forces between eastern Ukraine and Crimea, which Moscow annexed to its territory in 2014. .