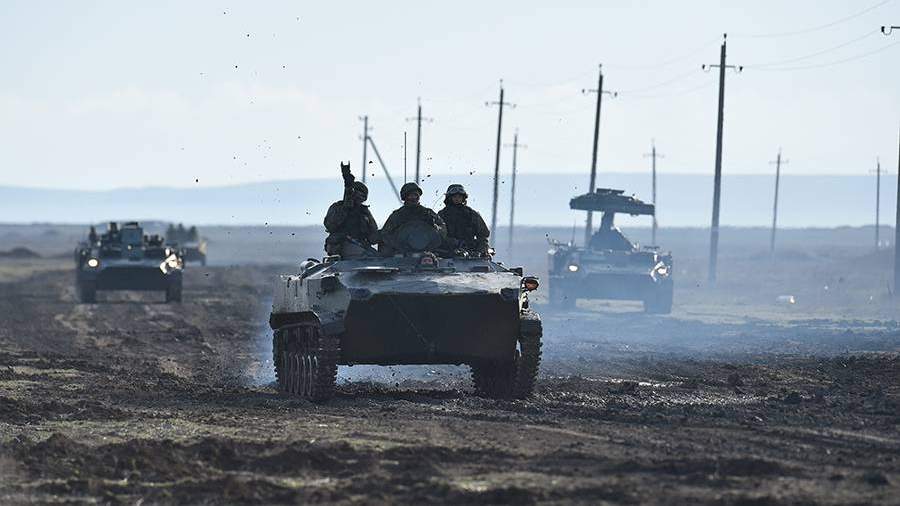 The office of President of Ukraine Volodymyr Zelensky does not have information about the alleged accumulation of Russian troops near the borders of Ukraine. This was announced on November 7 by the presidential press secretary Sergei Nikiforov.

Nikiforov on the air of the Dom channel noted that the security issue was also raised by Zelensky at the conference call.

“I had the floor to the Commander-in-Chief of the Armed Forces of Ukraine. He did not talk about anything that should have somehow alerted me. The question remains open why the American media disseminate such information, whether it is true. But the president’s office has no supporting information at the moment, ”said a spokesman for the Ukrainian leader.

At the same time, Nikiforov clarified that the Ukrainian Ministry of Defense considers publications about the pulling of troops by Russia to the country’s borders as psychological pressure or propaganda from the American media.

Earlier that day, the Süddeutsche Zeitung reported that the United States fears an increase in “Russian aggression” and a concentration of troops on the border with Ukraine, so at the end of the week, American representatives turned to the European External Action Service and the foreign ministries of Germany, France and Great Britain.

A day earlier, CNN named the purpose of the visit to Moscow by the head of the Central Intelligence Agency (CIA), William Burns, the situation near the border with Ukraine. According to sources of the TV channel from the Ukrainian and American sides, this issue causes serious concern in the White House.

Satellite images of Russia’s “power buildup” near Ukraine’s borders, taken by technology company Maxar Technologies, were released by the American publication Politico on Monday, November 1. The concentration of ground troops was recorded near the Russian city of Yelnya, located in the Smolensk region, which borders Belarus.

On November 3, Russian Foreign Ministry spokeswoman Maria Zakharova said that Western media reports that Russia was allegedly pulling troops to the border with Ukraine did not correspond to reality, and called them a “fake volley.”