“Zelzal” and “Al-Fahd” are champions of the Dubai 22-foot sailing race. 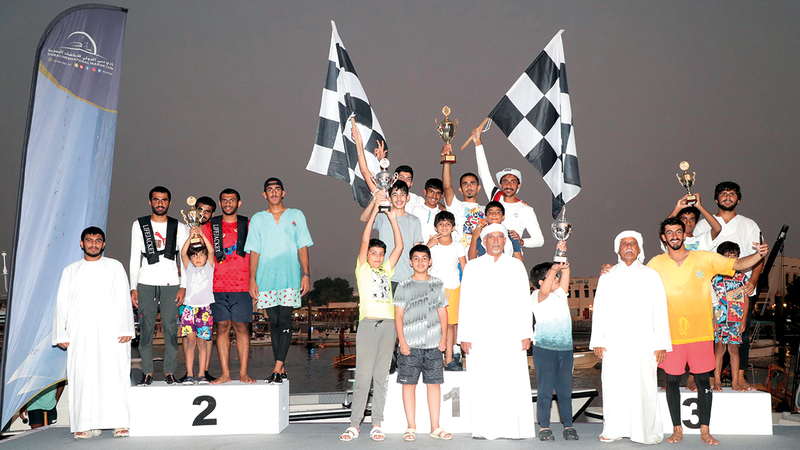 The boat “Earthquake 125”, owned by Marwan Al Marzouqi, and led by his son, Nokhatha Abdullah, was crowned champion of the youth category competitions in the 22-foot Dubai Dhow Sailing Race (the second round of the Dubai Championship). In the junior category, the crew of the boat “Al-Fahd 79”, owned by Mansour Jassim Mayouf, led by Muhammad Jassim Mayouf, shone, who succeeded in outperforming all the participating boats, after a struggle with the leaders in various stages. More than 30 boats participated in the race, which competed for the categories of youth under 21 and youth under 16, in a course that extended for a distance of five nautical miles. Abdullah Al-Marzouqi was able to lead the boat “Earthquake 125” to the fore, pounce on the top of the ranking, and raise the chess flag, ahead of the two boats, the second-place owner “Shayem 89” owned by the captain Abdul Rahman Ali Al-Hosani, and the third-place owner “Mafarij 131” owned by the captain Ibrahim Saleh Al-Hammadi .