Zidane: Benzema is a great, important and exemplary striker 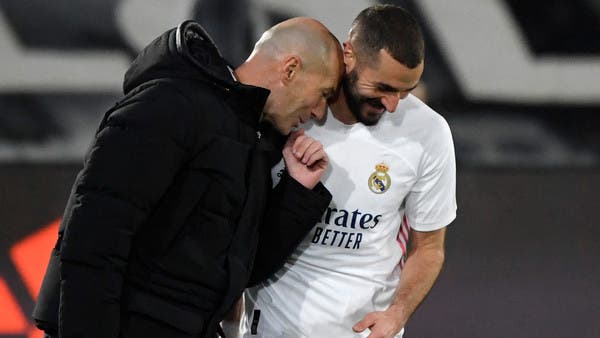 Real Madrid coach Zinedine Zidane praises his striker Karim Benzema after the French player scored two goals to lead the team to a 3-0 victory over Cádiz and top of the Spanish Premier League on Wednesday.

Zidane said: I’m really happy with what he’s doing. He is an important player for us and our plan and not only for scoring goals, but for helping many other players contribute to the game. We enjoy what he does and I hope Real Madrid enjoy it longer. It is great for playing between lines of competitors and can be found easily. Then he scores goals, perfect.

Benzema opened the scoring from a penalty kick, the first for the champions in the league since October, when the video assistant referee interfered to calculate it, and then made the second goal for defender Alvaro Odriozola, who scored his first goal with Real Madrid.

The victory raised Real Madrid’s score to 70 points, ahead of Atletico Madrid, who face Huesca on Thursday evening.