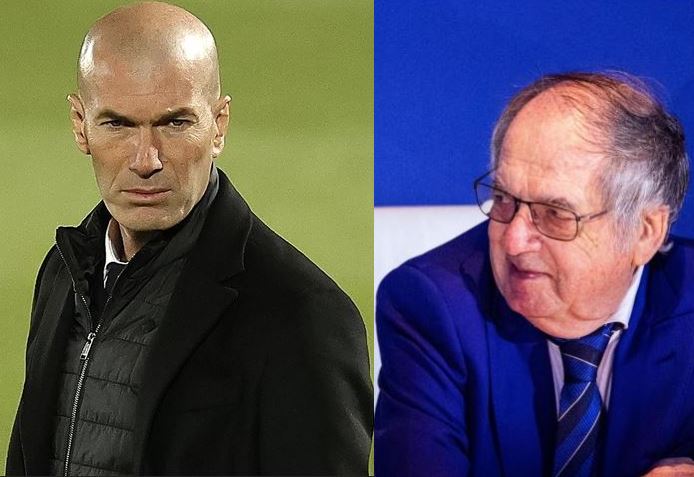 The duties of the President of the French Football Federation, Noel Le Graet, have been suspended by the extraordinary executive body of the Federation, and his deputy, Philippe Diallo, will guarantee the temporary assignment, after controversial statements and accusations of sexual misconduct, according to what the Federation confirmed in a statement today. Le Graet, 81, who was president of the federation in 2011 and whose third term ends in 2024, was weakened by controversial statements about former French soccer star Zinedine Zidane and testimonies about supposed sexual behavior. The general manager, Florence Ardoin, was also removed, according to the federation.

And Le Graet, the former mayor of Guingamp in the Brittany region, acknowledged on Monday, “inappropriate statements that created a misunderstanding” related to the legend of the Duke Zidane, offering him a “personal apology.” In response to a question in an interview with Radio Monte Carlo about whether Zidane, who was considered by many to be the first choice to coach the national team in the event that Didier Deschamps did not renew, had contacted him in recent days, he said, “If I were to go on Sunday, “Zinedine Zidane, I would not even respond.” On the call, to say to him what? + Hello mister, don’t worry, find another club, I reached an agreement with Deschamps +?

This led to harsh criticism from Kylian Mbappe, the Minister of Sports, and Real Madrid, whom Zidane led as a coach to the Champions League title three times in a row between 2016 and 2018. Le Graet tried to smooth things over and stated the next day, “These inappropriate statements generated a misunderstanding. I would like to offer my personal apologies for these statements, which absolutely do not reflect my thoughts nor my appreciation for the player he was and the coach he has become.”

“I gave an interview to Radio Monte Carlo that I was not supposed to do because it was looking for controversy by putting Didier in the face of Zinedine Zidane, two giants in French football. I admit that I made inappropriate remarks that led to A misunderstanding. Zinedine Zidane knows the great respect I have for him, like all Frenchmen.”

Deschamps’ contract expired after the World Cup in Qatar, where France, the 2018 champions, lost to Argentina on penalties after an exciting final on December 18. After questions about the future, Deschamps signed on Saturday a new contract until the 2026 World Cup, and the executive body approved it unanimously on Wednesday, with no appreciation for announcing it before the General Assembly without informing it on the eve of that during its session.

The executive body includes the majority of the Le Graet list, which won the 2021 elections, but eventually abandoned the 80-year-old. “Noel Le Graet is very sad,” said Jean-Michel Aulas, a member of the committee and president of the Lyon club. No sooner had the storm of statements against Zidane subsided than a scandal of sexual dimensions arose, with business agent Sonia Sweden accused on Tuesday of improper sexual behavior.