Zidane dreams of coaching France .. and postpones the Saint-Germain project 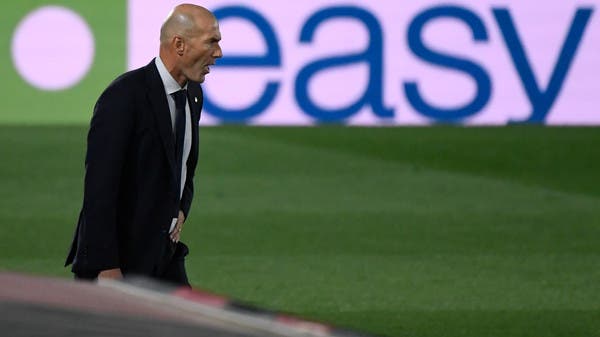 Zinedine Zidane, who celebrates his fiftieth birthday on Thursday, confirmed that he dreams of coaching the French national football team “one day”, considering that “now is not the time” to supervise Paris Saint-Germain, without ruling out the possibility of coaching the Parisian club in the future.

In a lengthy interview with L’Equipe, which was conducted in early May, but published Thursday on the occasion of his birthday, his career as a player and coach, the former French international reviews the moments he lived and his plans for the future, stressing that coaching the roosters is “the most beautiful thing possible”.

“Of course I would,” says the 1998 world champion. I will be (coach) hopefully, one day. when? It doesn’t depend on me. But I want to go back to where I started in the French national team.

And the former leader of his country adds: It is the summit. Being that I lived through it and now I’m a coach, the France team is firmly rooted in my head.

The European champions in 2000 will have to wait at least until the end of the World Cup scheduled for the end of this year in Qatar (November 21 to December 18), as the contract of current coach Didier Deschamps expires in late 2022, knowing that the option of extension exists.

Zizou hints: Today, there is a team that exists and has goals. But if I had the opportunity after that, I would be there.”

Having led Real Madrid to three successive Champions League titles as coach between 2016 and 2018 – having crowned him with the continental title as a player in 2002 – Zidane is looking for a new challenge and says he wants to “keep training”.

And if he considers that “now is not the time” to train Paris Saint-Germain, the son of Marseille does not rule out one day the supervision of the capital club, Olympique de Marseille’s first rival.

The former Juventus player said: “You shouldn’t say you’ll never do something, especially when you’re a coach. But the question is moot. It definitely isn’t his time now.

Within ten years, Zidane, who with his family runs his own business in the Z5 sports complex, sees himself at the head of a “structure or institution”.

Without ruling out the idea that he might head a club one day, he explains: Why shouldn’t I be in a project in which I’m the leader? All possibilities are open.