Zidane leads the list of candidates to coach Manchester United 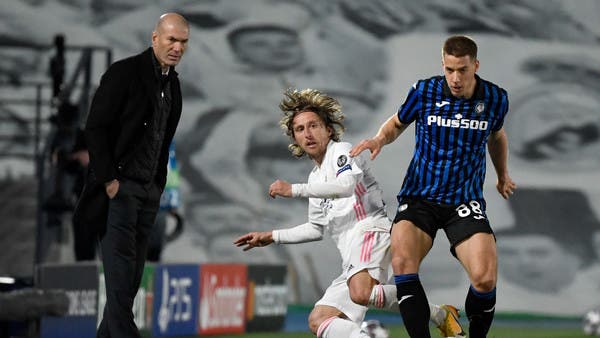 Manchester United began the search for a new coach after sacking Ole Gunnar Solskjaer on Sunday following the loss to Watford in the league, with French Zinedine Zidane leading the list of potential coaches.

Solskjaer coached the team since December 2018, initially as a temporary replacement for Jose Mourinho, but after the humiliating loss to Watford 1-4 ended the era of the treble champion in 1999 in Manchester United.

Michael Carrick will coach the team temporarily, and Manchester United have stated that they will look for an interim coach to lead the team until the end of the season, however many big names will be mentioned to lead the team.

Zidane is the most prominent candidate to succeed Solskjaer, as he has not worked since he left Real Madrid at the end of last season, and the French coach previously trained the Real Madrid reserve team before taking over the first team coach in 2016, when he led him to crown the Spanish League title and three consecutive Champions League titles.

Zidane left Real in 2018, but returned ten months later, to lead the team to crown another league title, before leaving again in May 2021.

Among the options, Brendan Rogers, who comes from Northern Ireland, did a very good job with Leicester City, and was able to lead the team to the FA Cup title and finish fifth in the past two seasons, although the team suffers from poor results this season compared to the past two seasons.

Rogers knows what is required to coach the big teams, as he was close to leading Liverpool to the English Premier League title in 2014 before joining the Scottish team Celtic.

Mauricio Pochettino is greatly admired by Manchester United officials, as he was interested in coaching the team in several stages during Solskjaer’s tenure as coach.

Pochettino was available in the market after his dismissal from Tottenham, who left him after leading him to the Champions League final, to join Paris Saint-Germain at the beginning of 2021.

Pochettino has faced hurdles in France, but leaving a team including Lionel Messi, Neymar and Kylian Mbappe may prove difficult.

Ajax coach Eric Ten Hag is a good coach, but he has the lowest profile among the candidates here. Ten Hag led Go Ahead Eagles, Bayern Munich’s second team, and Utrecht before heading to Ajax in 2017, to lead the team to the semi-finals of the 2019 edition of the Champions League, when the team lost to Tottenham, who was coached by Pochettino at the time.

Currently, Ajax is three points behind the leaders PSV Eindhoven, after drawing in two consecutive matches.

Following Solskjaer’s departure, Carrick became acting coach. Solskjaer began training Manchester United in the same position, when he was considered acting coach in December 2018 after the dismissal of Mourinho, and achieved ten wins in 11 games before he was appointed technical director in March.

Carrick hopes he can turn things around in the same way to essentially preserve his chances of coaching the team.

Carrick has been part of United’s coaching staff, primarily under Mourinho, since retiring in 2018, after 12 years as a player with the team.