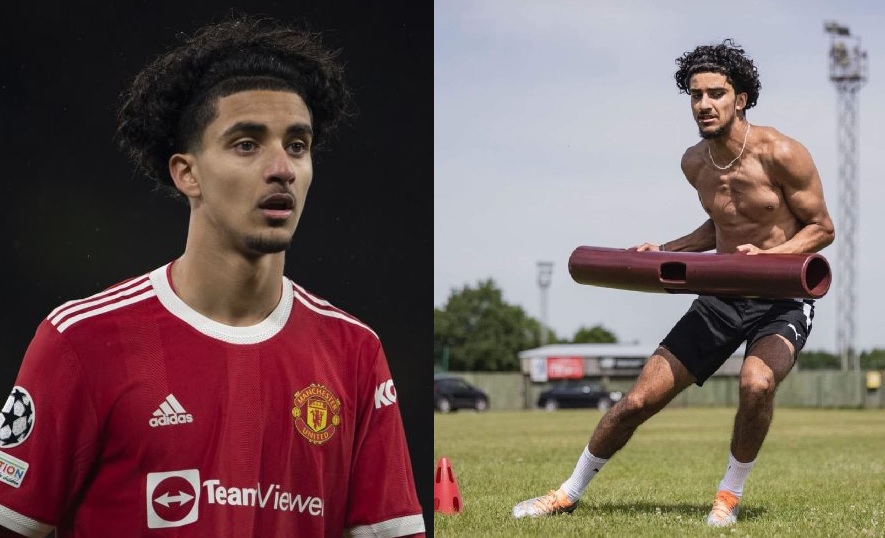 Manchester United published a report on its Facebook account, highlighting its Iraqi player Zidane Iqbal as he is preparing physically and technically for the upcoming football season, in addition to sending an indirect message to the new Dutch coach, Eric Ten Hag, expressing his readiness to join the Devils. py.

The report praised the player Zidane, explaining that “After the end of the long season, most players resort to traveling on long trips and taking vacations to recover from the effects of fatigue, especially international players, while the young player Zidane Iqbal has a different idea about the season’s pause in the summer, as he began work directly to prepare for the new season, which is He is training hard inside the training ground and has appeared in a physical condition that looks great and promising for the new season, as the young Iraqi star seeks the confidence of the new United coach for a place in the formation of Dutch coach Ten Hag, and within the Dutch coach’s plan to build a new team that competes for titles.

And the report added: “Zidane was not satisfied with working on the field only on his fitness and football techniques, but he resorted to one of the specialized coaches and appeared while he was training in strength and endurance training in a gym and under the supervision of a specialized coach.”