“Zizou” keeps Zamalek in the lead with a fatal goal 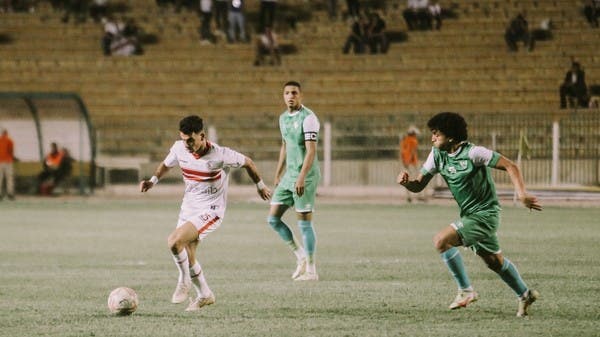 Zamalek beat its host Eastern Company 1-2 during the match that brought them together on Sunday in the seventeenth round of the Egyptian Premier League, which also saw Pyramids beat El-Gouna 2-1 and Arab Contractors over Al-Masry 2-0.

Zamalek raised its score to 41 points at the top of the standings, and the Eastern Company’s balance stopped at ten points, in the last eighteenth place.

In the second match, Pyramids beat El Gouna 2-1. The goals of Pyramids Ramadan Sobhi and Osama Galal scored in the 18th and 70th minutes, while El Gouna’s goal was scored by Khaled Qamar in the 27th minute.

Pyramids raised its score to 32 points in third place, and El-Gouna’s balance stopped at 17 points in 14th place.

In the third match, the Arab Contractors defeated Al-Masry with two clean goals, scored by Abdullah Yassin in the 18th minute and Farouk Kapoor in the 71st minute from a penalty kick. The Arab Contractors raised its score to 16 points in fifteenth place, and Al-Masry’s balance stopped at 19 points in eleventh place.